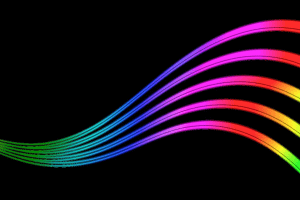 Information for schools about the Apprenticeship Levy and employing Apprentices

Grant Maintained Schools, Academies and Academy Trusts directly employ their staff, so they are the employers. Voluntary Aided Schools also pay their own Levy, as the Governing Body of the school is the employer. These schools will pay the Levy if they have an annual payroll (including NI) of over £3M. They will have their own Levy Accounts, and will not be included in the Council’s Levy Account.

Recruitment for September 2019 starts closed on 7th May 2019.  If you wish to employ or upskill a member of existing staff as an apprentice from January 2020 start, you need to complete and submit the request form on the right hand side of this page by 11th November 2019.

Step1: Check the amount that your school will pay into the Levy in each financial year via NPW.

Step 2: Identify the role/s for which you would like to recruit an apprentice (use the attached form for this)

Step 4: Complete the apprenticeship request form attached, and email it to newhamconnect@newham.gov.uk by 11th November 2019 (for recruitment from Jan 2020).


What is the Levy?
The Government introduced a ‘Levy’ on large employers with an annual payroll over £3M. The total pay bill includes all earnings subject to Class1a NIC and includes salaries, bonuses, commission, and pension contributions

Large employers pay 0.5% of their annual payroll to the Govt.. The Govt will allocate funds to the employer’s digital Levy account less 0.5% (£15K) which the employer can access to pay apprenticeship training and assessment costs.

Grant Maintained Schools, Academies and Academy Trusts directly employ their staff, so they are the employers. They will pay the Levy if they have annual payroll’s including NI etc., of over £3M. They will have their own Levy Accounts, and will not be included in the Council’s Levy Account.

How much will each school pay?
Schools will pay 0.5% of their annual payroll into the Levy. NPW Payroll has set up direct debits with schools for the payments, and the payments will be deducted each month by NPW.

School payroll costs vary during the year, is this reflected in the amount the school pays?
Yes, the direct debit will take 0.5% of the total cost of each month’s payroll, so schools will need to take this into account when calculating how much money the school’s Levy contribution will be each year.

What if I have a payroll query about my Levy payments?

What can my school’s Levy contribution be spent on?
Levy funds can only be spent on the training and assessment costs of approved Apprenticeship Standards and Frameworks. They cannot be spent on any other costs such as salaries, travel, management costs, equipment etc.

HMRC will collect the levy from the Council on a monthly basis, via PAYE and it will be paid into a ‘digital account’ for the Council.  The levy is then converted to e-vouchers which can be accessed by the Council via a newly formed Digital Apprenticeship Service (DAS) to pay for apprenticeship training and assessment. The Council is responsible for the Levy Account, and will need to ensure that funds are only allocated and spent according to the Apprenticeship Levy rules. The Council collects the funds from schools via Direct Debit.

How would my school benefit from taking on an apprentice?

Employing staff through apprenticeships can help to fill skills gaps in schools, and provides an opportunity to develop apprentices into skilled staff, ready to move into permanent job roles in schools.  A recent example of this has been the Level 3 Early Years Educator Apprenticeship at Sheringham Nursery School.  The school recognised that there was a difficulty in recruiting high-quality staff locally, and decided to start developing staff through the Apprenticeship route.

The  school recruits the Apprentice, and is responsible for paying their wages. Apprentices must have the same working conditions as other employees, work a minimum 30 hours per week and must be paid at least the national minimum wage for their age group. Apprentices must also receive 20 days paid holidays.

Employers taking on an Apprentice must allow 20% of their contracted hours for ‘off the job’ training or study.  Some of this time can be used for coaching, supervision, work-shadowing etc.
The length of the Apprenticeship is determined by each Standard or Framework, and are generally between 1 and 4 years in duration

If your school is employing a new apprentice, it is important to ensure that NPW issue an Apprenticeship Agreement to the apprentice, not a contract of employment.

How do schools access the funds from their school’s Levy contribution?

Headteachers and Schools Forum were briefed about the Levy, and how it will operate in Newham in March 2017. Headteachers received a further briefing in July 2017 along with a request to schools for any apprentices that they wished to recruit for either September 2017 or January 2018 start.
The briefing included the costs for each apprenticeship standard or framework, and bonuses for taking on a 16-18 year old apprentice, 19-24 year old care leaver or an applicant with an Education Health and Care Plan.  School Business Managers were further briefed in September 2017.

The council put in place a process for schools to request apprenticeships twice each year, in the spring term for September start and in the winter term for January start.

Because Apprenticeship Levy funding can only pay for apprenticeship training, Newham Council does not have any resources to support schools with the recruitment of Apprentices.

What happens to the Levy Credits if my school is going to convert to an Academy during this financial year?

If your school has paid into the Council Levy via the Council's payroll, and you have not taken on an apprentice, and are converting to an academy, you can contact Newham HR stewart.aldersley@onesource.co.uk to request your funding to be transferred. to new apprentices.  Funding can only be transferred via the DAS system to other organisations for specific apprentices, and Newham Council would still be responsible for recording the apprentice/s on the Council's DAS system.

School Levy credits are 'live' for 24 months from the point at which they are paid, so Levy credits paid in April 2017 can be spent up to March 2019.  After that time, the Levy funding for that payment reverts to the Government.

My school is in Newham but the local authority is not the employer.  Our payroll is less than £3M per year, so we do not pay the Levy.  How can my school access Apprenticeship Funding?

The Government has announced funding for non-levy paying employers. The Govt will fund 90% of the cost of the apprenticeship training, and the employer (the school) funds the remaining 10%.  The Government has announced the list of training providers who have the funding to deliver apprentices for non-levy paying employers.  Funding is limited, so it is recommended that schools apply for the funding as soon as possible. Local providers in Newham who are in receipt of the funding are: Newham College, Skills For Growth, and Newtec. Alternatively, you can contact Newham HR stewart.aldersley@onesource.co.uk to ask if your school could use some of Newham Council's levy for apprenticeship training.

Newham Council does not have any staff resources to support schools with the Apprenticeship Levy. LBN have designed a process to enable schools to use their Levy contributions. Guidance documents are available to download here setting out the information needed to complete the process. LBN is able to provide limited advice to schools, but are unable to meet with schools individually. Contact: newhamconnect@newham.gov.uk with queries.

If you wish to employ an apprentice, please complete the form attached and return it by 11th November 2019 for recruitment of apprentices from January 2020. (Recruitment for September 2019 starts closed on 7th May 2019).